Referred Pain: How Jumper’s Knee Originated from the Lumbar Spine 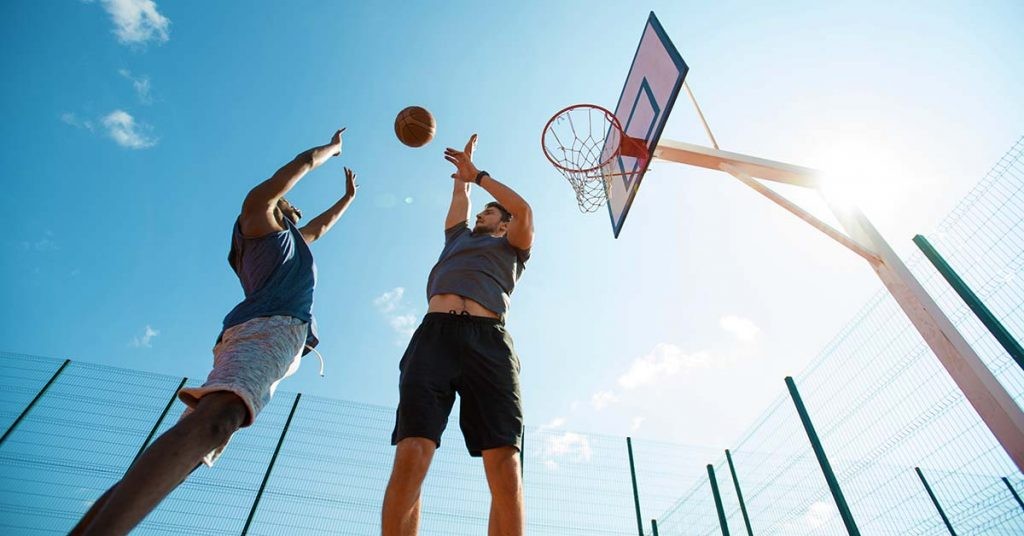 Bradley came into the office with bilateral knee pain that flared up when he bent his knee and wouldn’t go away until he laid down at night. Being a basketball player, it didn’t come as a surprise that this type of pain is commonly referred to as “Jumper’s Knee.” However, there’s more to this story. Bradley had a history of three left knee dislocations and a left Achilles tear. After two chiropractors, three different orthopedic surgeons, and months of physical therapy, they all ended in the same result: hard-earned, yet temporary relief. The physical therapists continuously tried to address the problem as an old injury instead of an ongoing movement deficit.

After an exam and movement screen, we found that Bradley’s hips and ankles were almost immobile. Beyond this, we also found that his spinal musculature was in spasm. After an x-ray, we found a healed fracture of his lower lumbar spine. This healed fracture caused his body to overcompensate for years, which ultimately manifested as knee pain and injuries, also known as referred pain. Since his basketball season was right around the corner, Bradley visited twice a week for two months to make his pain dissipate. Bradley was a compliant patient that adhered closely to our instructions. Each treatment lasted 45 minutes and consisted of tailored chiropractic adjustments, active release, Russian stimulation, ultrasound, and Kinesio Tape. We focused on Bradley’s hip and ankle mobility which seemed counterintuitive to his initial complaint but ultimately was the root of his pain. Following every treatment, not only did his knee pain decrease, but he also found that his entire body moved better.

He was able to play the season while undergoing treatment and was pleased to play pain-free for the first time in years. We gave him stretches and exercises that were personalized for his injury. Every month, we reassessed his movement and adjusted the treatment based on the progression of his recovery. By the end of the treatment, Bradley had over a dozen exercises that helped him play and train without any Jumper’s Knee symptoms.

The moral of the story is this: not everything is as it seems. Bradley spent time and money for months being treated for the wrong injury. Referred pain is a common occurrence and should be considered when treating injuries and pain.

We are always thrilled to be a part of helping our patients return to normalcy and we hope to see you in the office soon!

Watch the video below for How to Fix Patellar Tendonitis:

Schedule Your Appointment with Dr. Kenny

More posts from author
Monday, 02 August 2021 How to Minimize Work-Related Back Pain
Thursday, 08 July 2021 How to Prevent Football Injuries
Friday, 28 May 2021 How Cupping Can Help You Overcome Pain and Injury

By accepting you will be accessing a service provided by a third-party external to https://www.chirostrackwoodstock.com/